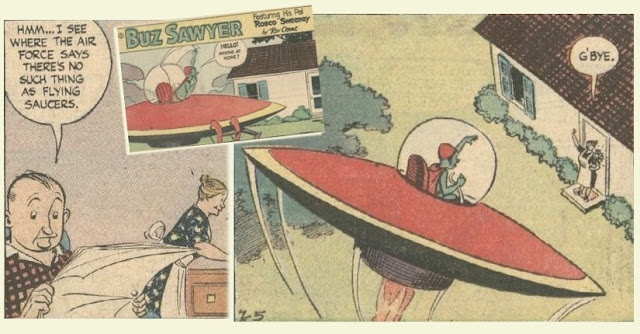 Buz Sawyer was the daily comic strip created by Roy Crane in 1943 featuring the adventures of a heroic Navy pilot. When a Sunday comic strip was added, it was produced by Crane's assistants and featured a different storyline starring Rosco Sweeney, Buz Sawyer's comic sidekick. The Sunday strip was a comedy, mostly about Rosco Sweeney and his sister, Lucille, dealing with country life on the family farm.

Al Wenzel's (Albert Borth Wenzel, 1924 -1995) art career took flight illustrating Superboy comic books in the late 1940s, and by the early 1950s he was producing cartoons for magazines and ghosting comic strips such as Will Eisner's The Spirit. In 1960, he became Crane's assistant on the Buz Sawyer Sundays, then took over producing the strip in 1962. Wenzel continued the premise and flavor of the strip, but in 1964, things got weird when a flying saucer turned up.

Robert Barrow, a long-time ufologist, sent us a note about some comic strips he'd saved:


After the Lonnie Zamora UFO report in 1964 all manner of newspaper responses showed up.  These are three separate weeks from the Sunday newspaper comics featuring the "Buz Sawyer" series by Roy Crane, and these involve "his pal" Rosco Sweeney.

We've shared the 1964 strips below, and Claude Falkstrom was able to locate some black and white reproductions of the other strips in the the series, along with a few of the final ones in color from UFOPOP. It looks like there was an earlier introduction, that may be missing, but otherwise the story looks complete. It's an interesting look at the attitudes of the time, from the public's view on Air Force UFO denials to the concern by witness that they'll be seen as kooks. As for the visiting extraterrestrial, he's a little green man from Mars. 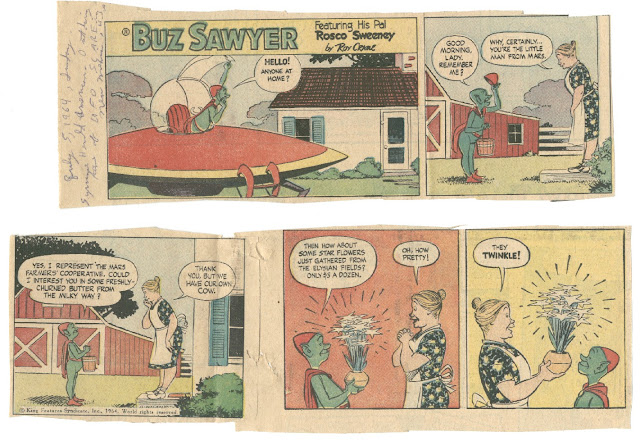 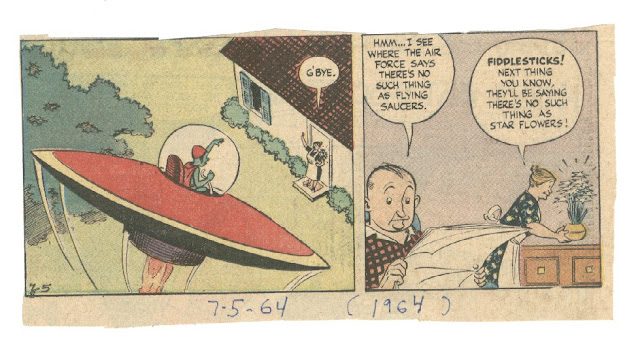 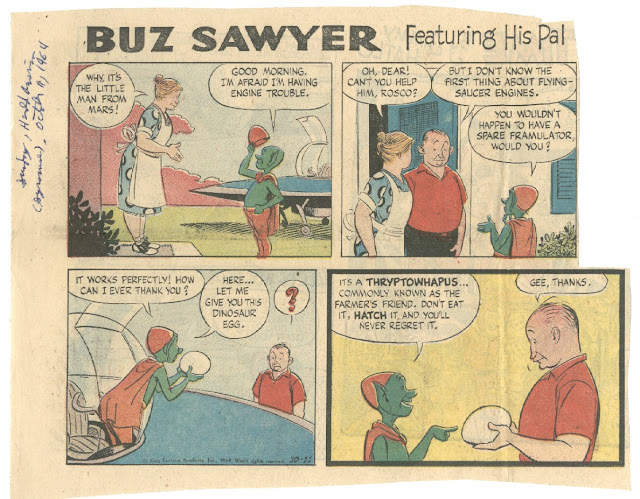 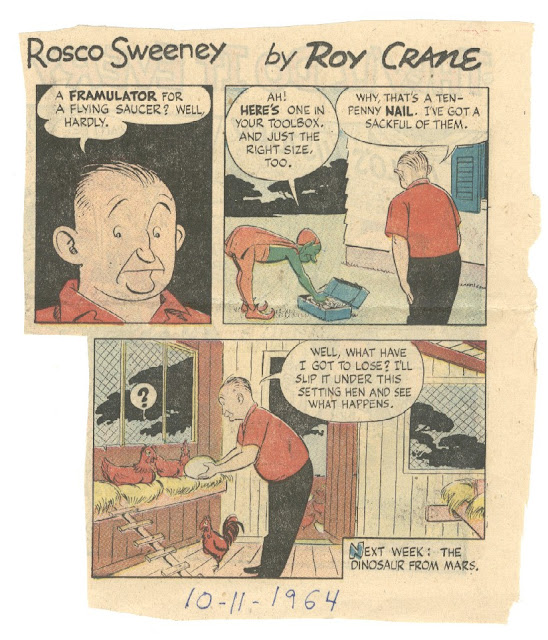 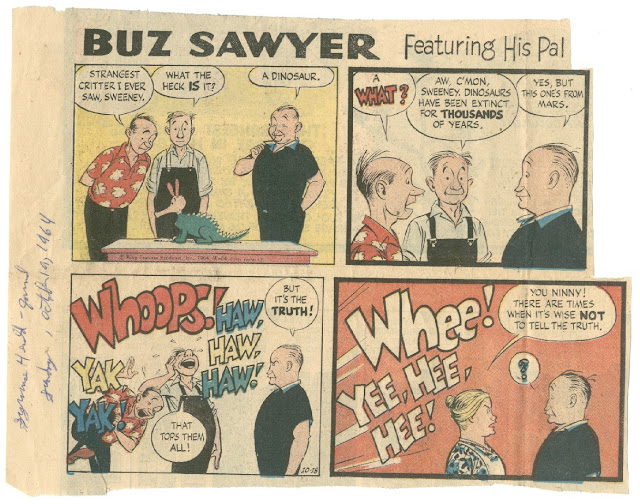 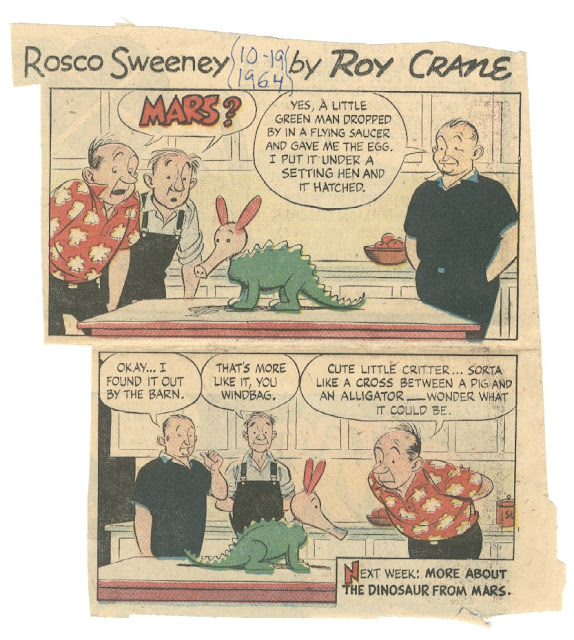 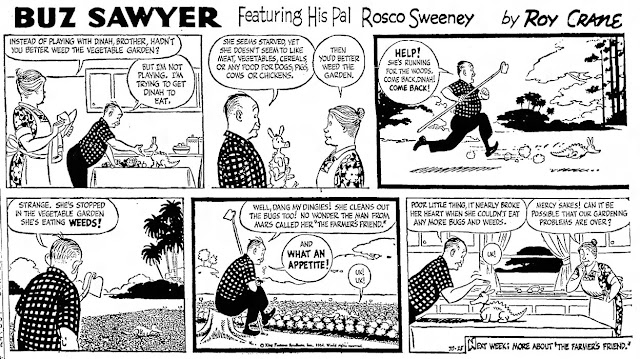 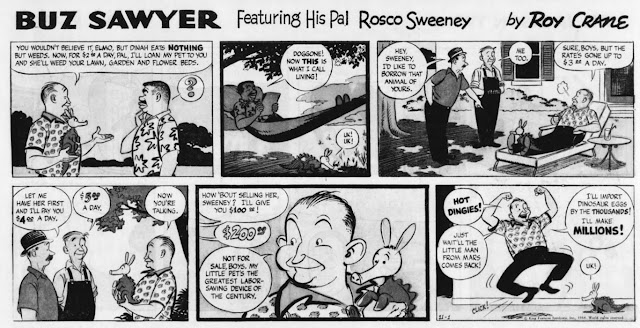 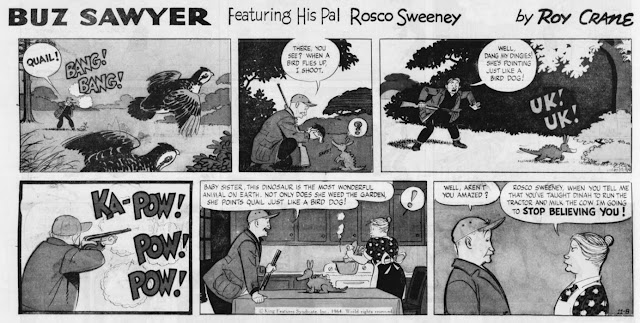 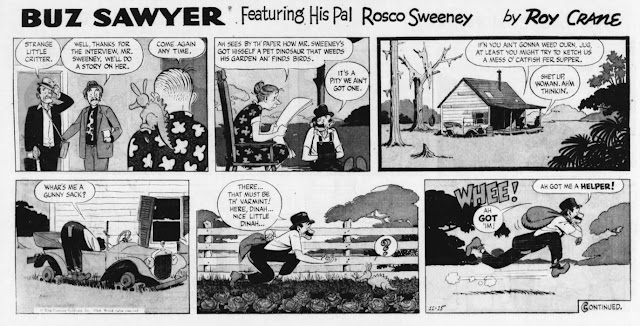 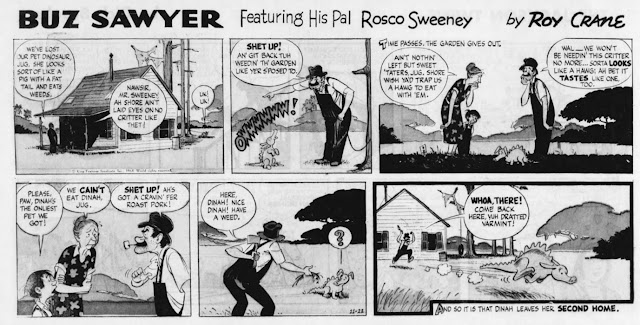 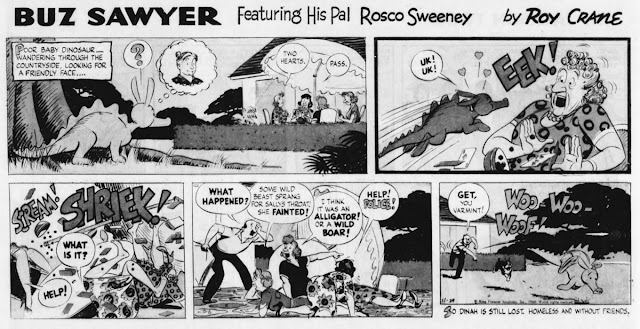 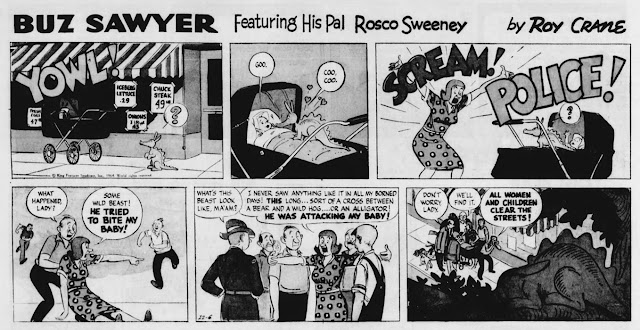 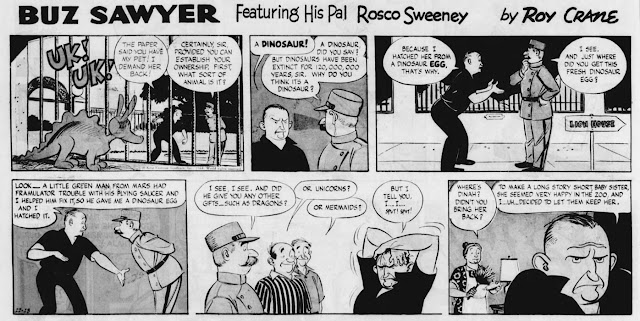 The Dec. 1964 episode ended the flying saucer storyline, at least for a while. In March of 1968, the Martian made a return visit. 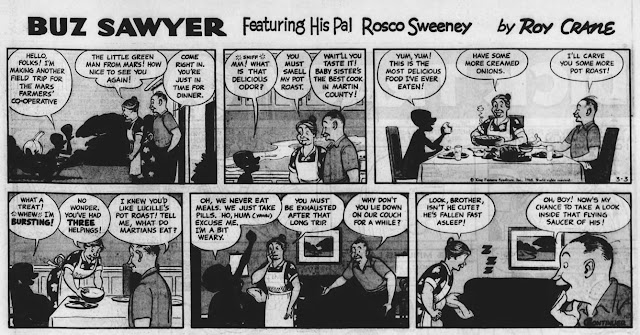 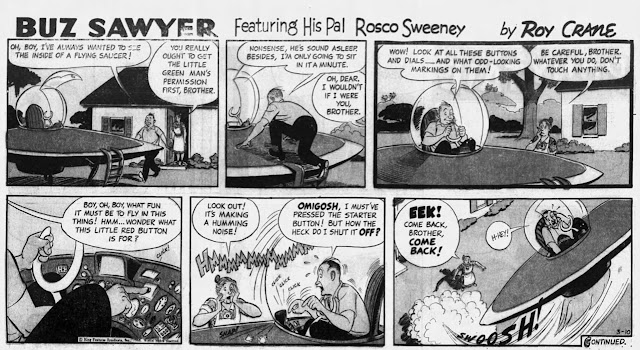 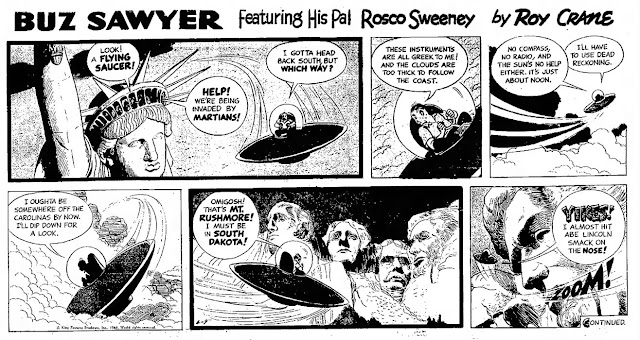 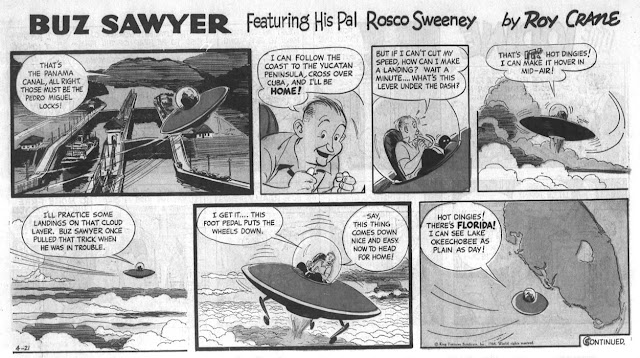 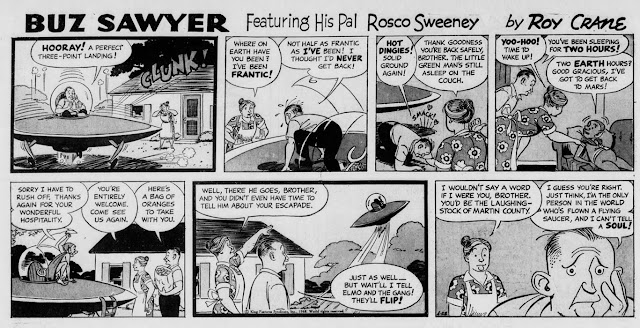 Thanks to Robert Barrow for sharing his original newspaper clippings from 1964. Check out Robert's work at UFO: The True Story of Flying Saucers
By Curt Collins - June 07, 2019 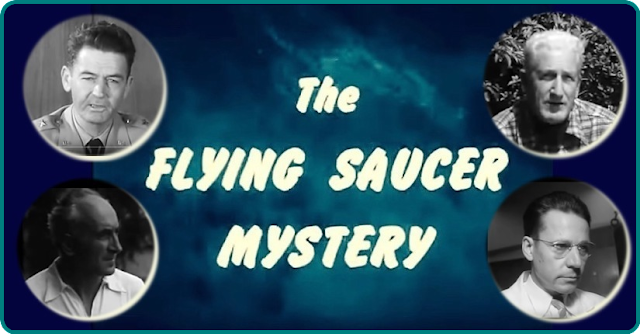