Forgotten UFO Literature: The Poems of 1947

In the first weeks of the flying saucer hysteria of 1947, many opinions were offered about the mystery. Some people expressed their outlook in the form of poetry, and here's a small collection of some early notable examples.

The Courier-Journal, Louisville, Kentucky, from July 4, 1947: 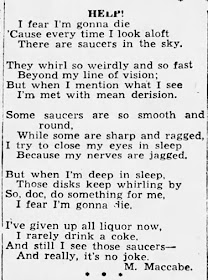 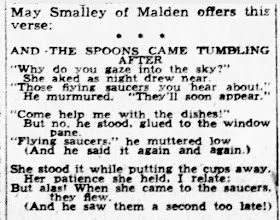 A (premature) lament about the end of the saucers. From the Pennsylvania Altoona Tribune,  July 22, 1947: 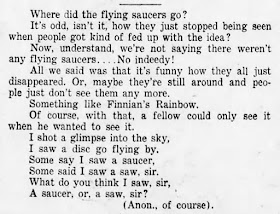 And finally, not exactly poetry, but a piece on what William Shakespeare might have said about UFOs. From Ohio's Dayton Daily News, July 8, 1947: 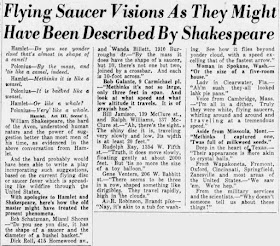